These are extracts of a letter from Ajahn Thanavaro to Ajahn Sumedho, describing developments so far at the newly-established vihara (from the Forest Sangha Newsletter July 1990).

“We have been here in Sezze a month, and we are settling down with no real difficulties. Our neighbours have been very supportive – you know that Italians have a long tradition of expressing their hospitality with food. Most recently I was invited in next door, after returning from pindapata (a long uphill walk to Sezze), and my empty almsbowl was filled to overflowing with eggs, bread and Easter cakes…

Sezze is a bustling town with a population of about 30,000 that makes its roaring presence known throughout the valley, reflecting the various rhythms of its day. From the many construction projects here on the hill (most of them without proper permits!) to the traffic patterns of the town below, we are rarely left alone. And one of our visitors is an old fighter bomber, used to train pilots, that circles continuously overhead. As you may remember, I didn’t find my military training very conducive to peacefulness, so I have taken to heart your teaching on not dwelling in the aversion one may have for sounds. I must say, these teachings have been incredibly valuable – and effective – in these cases.

Most mornings when I go out for alms up into Sezze on what amounts to about a four-mile walk round trip, I experience directly the dynamic energy of the people at the start of their day. Surely, the symbol of the bhikkhu is seen by many and recognized as one who lives in the world but does not follow it. And I have found that the practice of walking mindfully on pindapata is supported by my practice of my most effective mantra “Buon giorno”. It is such a powerful sound that it never fails to break through the startling or cynical response many seem to experience when seeing a bhikkhu for the first time. Or, as an old Italian widow, frocked in the traditional black dress of mourning, remarked to her friend as I passed one day, “before we die, we shall see all colours”.

Regarding the actual committee who have been so helpful with our transition, much of the activities are still in an embryonic state. We are, however, going ahead fairly soon with the renovations on the ground floor so that we will have a proper meditation hall and guest quarters. I envision this work will be completed before Vassa – any delay being caused by the council, if it objects to our work. However, I doubt it since the mayor and others have offered their help. The Sri Lankans have been very supportive, and we are getting to know some of them who have lived in Italy for many years. The president of the Federation of Sri Lankans in Italy has been in the country 17 years, and is very happy about our presence. He tried to open a vihara in Rome in 1984. It was closed by the police due to the disturbance caused to the neighbours. I am positive about the results of this endeavour – our neighbours have offered a large parking space in case of need. 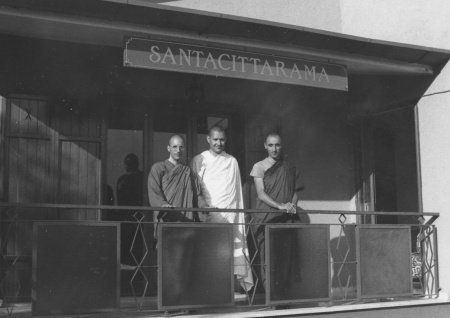 The goodwill demonstrated by everybody is most impressive, especially Mr. Piga – who recently stayed with us for three days as our first guest – and the Maitreya Foundation, Corrado Pensa and his group, the A.Me.Co. And the Sri Lankan ambassador, Mr. De Zoysa, whose unceasing enthusiasm has been invaluable in launching this vihara. He has often said: “The vihara, once it is open, will be supported . . . it can’t close”. However his confidence does not dispel the doubts of Mr. Piga and Corrado Pensa regarding the “experimental nature of the project”….

I am glad of the opportunity to sharpen more closely how to do things and what needs to be done. Certainly, at this stage of my training, I can’t simply shy away from leadership! But, as you so often reminded us, the only work there is to do is to get out of the way. 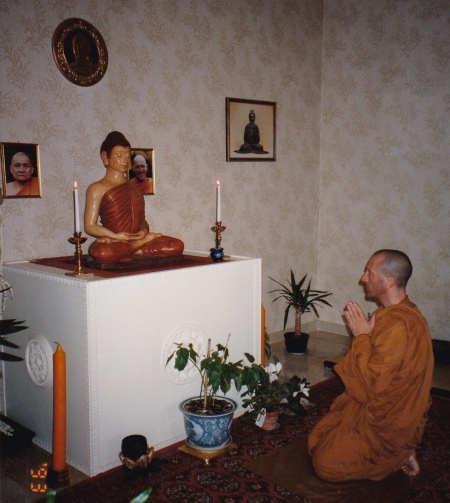 Continue the history with  “3. Consolidating the Foundations“